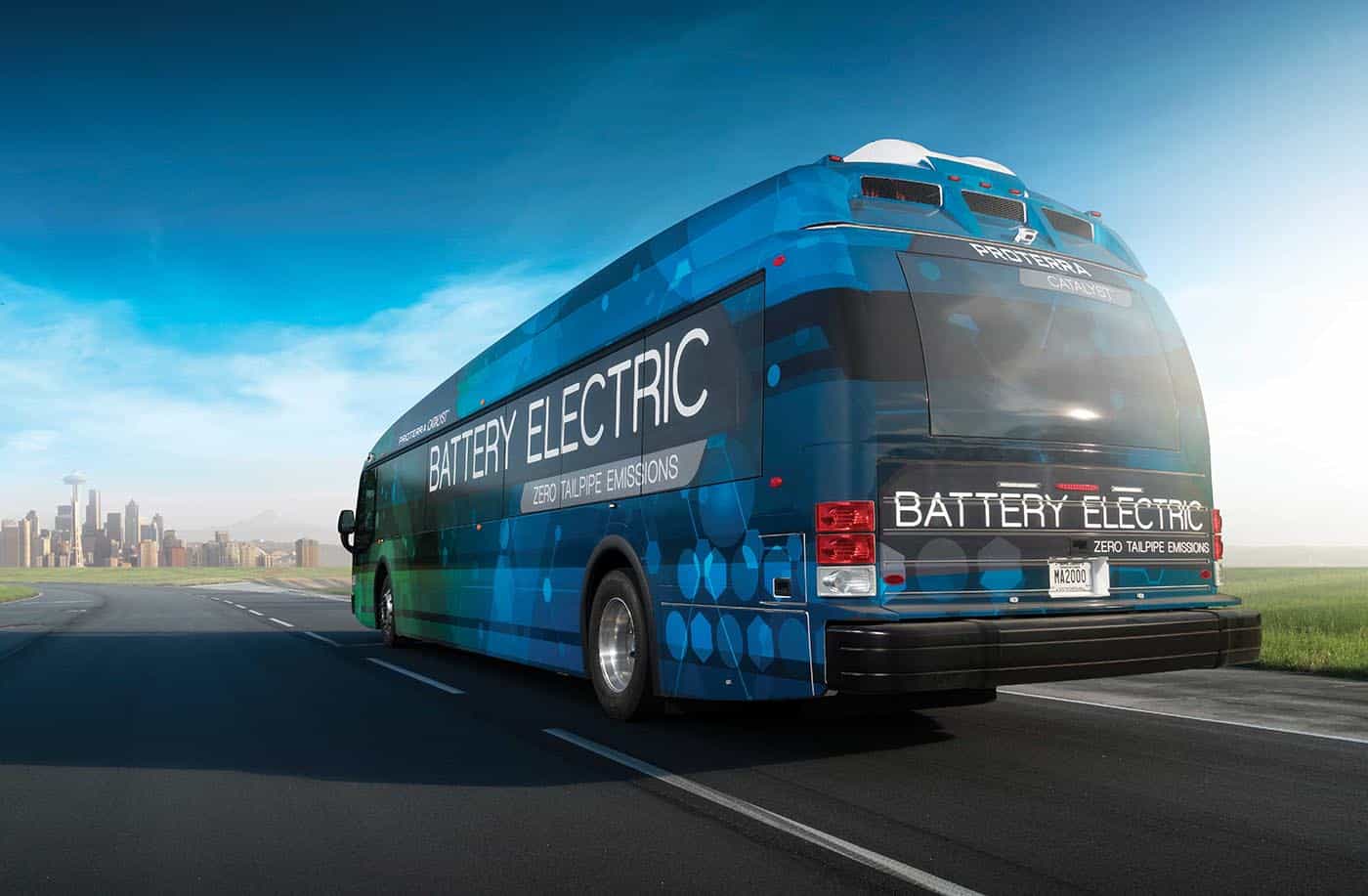 With 2017 comes the beginning of a new presidential administration. Since the federal government is responsible for a large portion of transit bus funding in the U.S., any change can potentially impact the stability of funding for future transportation needs.  The good news for public transit is that the 2014 FAST Act provides significant annual funding for transportation programs through 2020.

Specifically, the FAST Act enables ongoing and increased funding for transit buses (§§ 5307, 5311 and 5339(a)) as well as $55 million of LowNo discretionary grant funding (§ 5339(b)), which can be applied toward the purchase of public transit vehicles with low or no emissions.  In total, $275 million in funding for zero-emission buses was made available from 2016 through 2020.   Since 2015, customers partnering with Proterra have qualified for approximately two-thirds of LowNo money awarded for battery-electric buses.  Expect a new $55 million 2017 LowNo solicitation to come out in the coming months.

Given that the FAST Act was passed by a Republican-controlled congress, this would imply a relatively small risk for funding to be nullified or amended.  It is possible, however, that some of the increased funding in FAST Act may be delayed if congress passes continuing resolutions with funding based on 2016 fiscal levels.

In light of this, several states and cities, including California, Chicago and New York, all continue to offer voucher programs, ranging from $95,000 to $150,000, per bus, to purchase Proterra vehicles.  Additionally, every state is eligible to receive funding associated with the $15 billion settlement associated with Volkswagen Group’s diesel car emission scandal.  Of this, $2.7 billion will go towards helping fund NOx mitigation projects.  Funding will be available for use by Q1 2018, if not sooner.  To influence the allocation of the VW funding and ensure it is applied to public transit zero-emission solutions, we urge you to send a letter to your governor to take urgent action now.

MUNICIPAL CAPITAL LEASE
Capital leases are generally a low-cost financing tool for local governments with investment-grade credits. They offer structured ownership that enables customers to own a Proterra bus at the end of the lease term.  Traditional federal match funding can be used to help pay for capital lease payments.

OPERATING LEASE
Operating leases allow customers to pay for the use of a bus over time, with the option to permanently transition the bus into a fleet at the end of the lease term. The combined annual fuel, maintenance and operating lease costs can be structured to be less than the same combined operating costs of a leased fossil fuel vehicle. JLL, a major commercial real estate services company, recently entered into an operating lease for 10 Proterra buses that provide service to tenants at the Aon Center and Prudential Plaza buildings in Chicago.

BATTERY LEASE
A battery lease enables our customers to purchase a Catalyst vehicle for roughly the same price as a diesel bus, putting the operating savings toward the battery lease. Proterra is responsible for the performance of the batteries through the life of the lease, removing operator risk.  FAST Act and the 2016 LowNo grant language specifically mention the ability to finance batteries separately from the bus.  Park City, Utah recently entered into a battery service agreement for a fleet of six Proterra buses that will be funded from their 2016 LowNo grant.

Finally, Proterra has produced a fleet of “rental” buses available for short periods of time (three to 12 months), so interested customers can test Proterra buses in their fleet prior to committing to a long-term purchase.

The future has never been brighter for the battery-electric transit bus market.  At Proterra, our team works with customers to identify the grant, loan or financing program to meet budgetary requirements. Together we identify the right combination of financing tools that map to customer procurement plans, ensuring a seamless transition to a zero-emission fleet.

Alan Westenskow is director of business development at Proterra