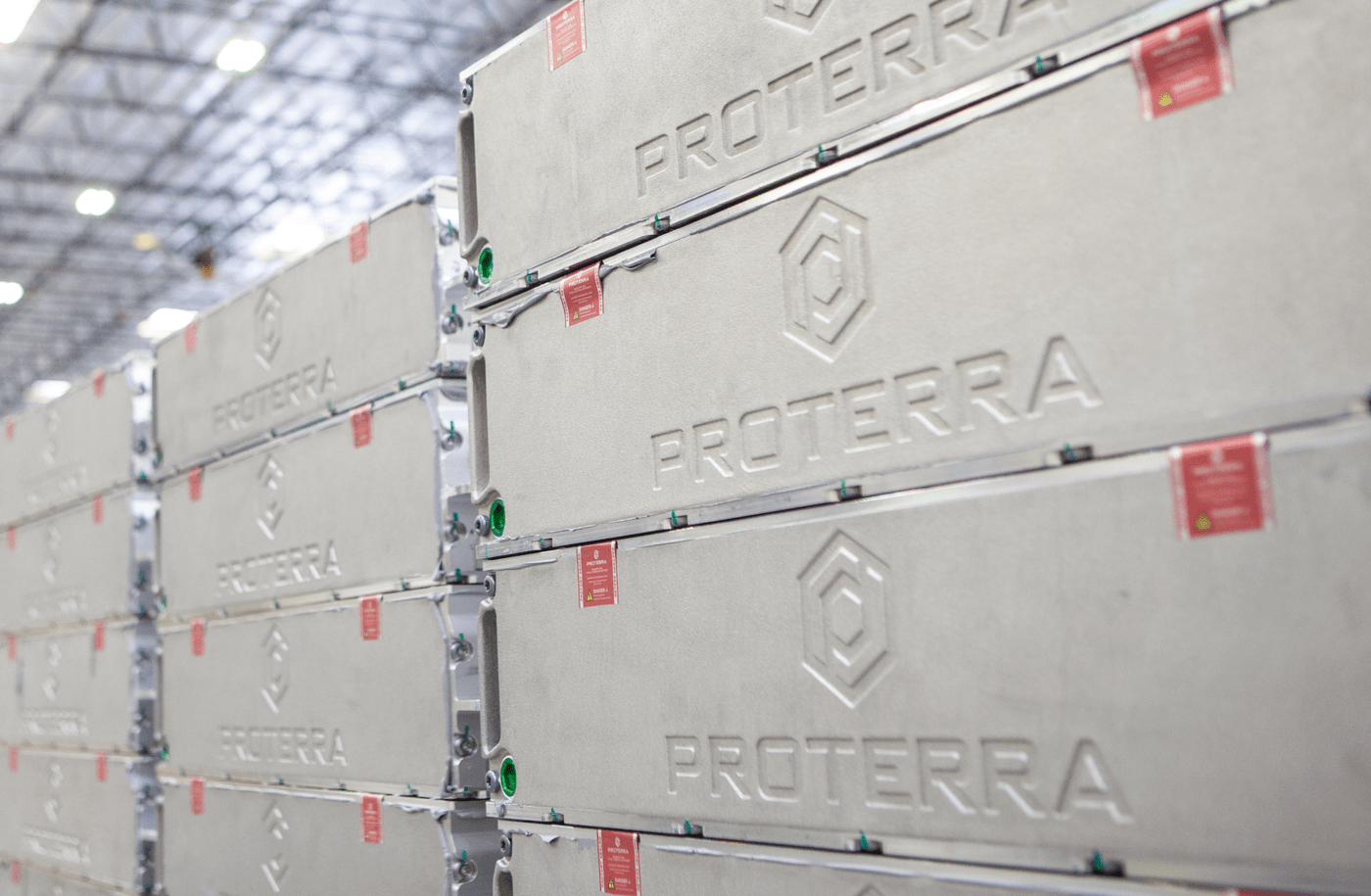 The upfront cost of an electric bus remains a barrier for many transit agencies looking to implement zero-emission vehicles into their fleet. To address this challenge, Proterra offers a battery leasing program which lowers the upfront cost of a Proterra electric bus to be roughly the same as a standard diesel or natural gas-powered bus. Customers can utilize operating funds previously earmarked for fuel to pay for the battery lease.

Battery leasing enables a faster transition to electric buses for public transit agencies, universities, airports and other commercial fleets. By decoupling the batteries from the sale of its buses, Proterra enables fleet operators to purchase the electric bus for a similar price as a standard fossil-fueled bus and lease the batteries over the 12-year lifetime of the bus. Because electric buses typically cost less to maintain and fuel, this savings in operating expenses can be applied toward the battery lease.

Under the 12-year battery lease, Proterra will own and guarantee the performance of the batteries throughout the life of the vehicle. The battery lease agreement provides a battery performance warranty which includes battery replacement at mid-life. Replacing batteries at midlife will help to ensure consistent vehicle performance, lock in battery costs and provide customers access to Proterra’s latest battery technology as it improves over time.

In April 2019, Proterra launched a partnership with Mitsui to create a $200 million credit facility in support of a battery lease program. This program is the first of its kind in the North American public transit industry and allows Proterra to scale its battery leasing program to benefit customers. The program is open to all customers for any size fleet, and for all models of the Proterra Catalyst® electric bus.

Battery leasing continues to be a popular program for transit agencies. Proterra currently has more than a dozen customers participating in the battery lease program for nearly 100 buses. Park City, UT was the first customer to enter into a battery service agreement with Proterra for a fleet of six Catalyst buses that were funded as part of the 2016 Low or No-Emission Bus Program. Park City plans to lease batteries for its next set of seven Proterra Catalyst vehicles in pursuit of its long-term goal of 100 percent electrification.

“We’re thrilled to have been the first to take advantage of Proterra’s innovative battery service agreement in an effort to bring more electric buses to Park City,” said Park City Mayor Andy Beerman. “There is no reason for us to buy bus batteries from this point on.”

MetroLINK in Quad Cities, Illinois also participates in Proterra’s battery leasing program. With an annual ridership of 3.5 million, MetroLINK provides mass transit services to Illinois citizens throughout the Illinois Quad Cities region, including Rock Island, Milan and Moline school children and Augustana, Black Hawk College and Western Illinois University students. MetroLINK made a commitment to be a sustainable leader in the Quad Cities and in 2018 welcomed three Proterra battery-electric buses into its fleet. In 2019, they added an additional five Proterra electric buses.

To better leverage its investment in the new technology, MetroLINK took advantage of Proterra’s battery leasing program, which put the cost of Proterra’s battery-electric vehicles on par with the price of a standard diesel bus. MetroLINK wanted to take advantage of evolving battery technology for its electric bus fleet, boost its cash flow and enable a faster transition to an all-electric fleet.

Customers can combine the Proterra battery leasing program with other financing and procurement programs. Agencies interested in streamlining electric bus and charging procurement can leverage two different state contracts, Virginia and California, both of which allow battery leasing. Funding from incentive programs like HVIP in California and the New York Truck Voucher Incentive program can also be utilized to pay for the buses as well as battery lease costs. Additionally, the Federal Transit Administration specifically includes battery-leasing in the FAST Act as well as the Low-No grant program.

Proterra offers additional financing options to lower the upfront cost of an electric bus, including vehicle leasing and partnering on grant opportunities. Contact Proterra to learn more about battery leasing and other financing programs to incorporate clean, quiet transportation into your fleet.