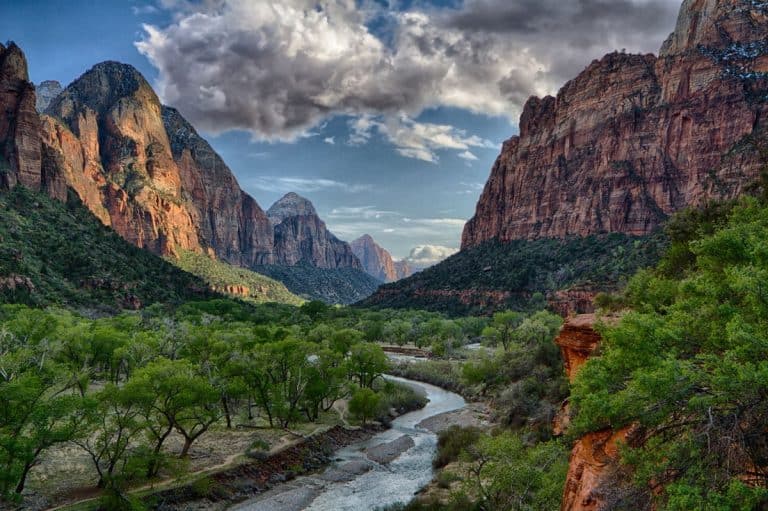 This summer I hope we can all find the time to relax with family and friends, and perhaps enjoy a visit to a gift we’ve so fortunately inherited as Americans—our national parks.  I am always so proud of this country when I visit a national park; I see visitors from all over the world taking photos and marveling at the awesome land and seascapes of our national parks and forests. The existence of our national parks is neither accidental nor coincidental.  Previous generations fought to create and protect places like Grand Canyon, Yellowstone, Yosemite and Glacier from commercial development, poaching and habitat loss.  President Theodore Roosevelt was especially concerned with preserving these lands as an inheritance for future generations.  In his words,

Our national parks are truly “America’s Best Idea,” as the Ken Burns documentary series tagline goes. America has 411 national parks, which see over 300 million visitors each year. To put that in perspective, the current population of the United States is around 326 million total. Looking at these numbers it’s clear that our national parks are as popular as ever, for Americans and tourists alike.  Our parks are one of the few aspects of America that are equally and fairly available to all of us.

I recently experienced the growing popularity of one of our newest national parks—Pinnacles, in Central California.  Pinnacles is renowned for its jagged, volcanic rock formation, and it is a popular hiking, caving and rock climbing destination.  The park was so crowded when my family arrived for the weekend that cars were diverted to remote parking, and we were shuttled into the park using the bus system.  Had Pinnacles lacked a transit shuttle system, our long drive to the park would have been in vain.

Surprisingly, just like our big cities, our national parks are dependent on transportation infrastructure.  And they have similar pollution problems due to fossil fuel vehicles.  A report released in 2015 by the National Parks Conservation Association graded a number of parks for air quality, and many received a failing grade: “These National Parks Got an ‘F’ in Air Pollution.” (Mother Jones) and “An ‘F’ in Air Quality.” (Los Angeles Times). It was a harsh report card, but it helped remind us that protecting our national parks will require innovation, especially in the form of transportation.

That’s why we’re especially excited to be working with Bryce Canyon and Zion National Parks to provide electric buses that will help them meet their sustainability goals. One of the results of the 2015 report was an update to the National Parks Service Green Parks Plan, which sets out ten strategic goals, including, “Green Our Rides,” a plan that seeks to transform the NPS “fleet and adopt greener transportation methods,” with a key objective being to “reduce the fleetwide average GHG emissions per mile traveled by vehicles in the NPS fleet by 30 percent by 2025 from the 2014 baseline.”

Starting this summer, Proterra will help to do just that. Both Bryce Canyon and Zion are deploying Proterra electric buses to serve a diverse range of visitors, help free-up roads from car congestion, and to reduce diesel bus exhaust emissions. At the same time, Proterra is also working with other national parks to help them meet their sustainable transportation goals.

We’re also very excited to launch the first electric buses in the mountains of Utah. Park City, Utah debuted their first electric buses by deploying six new Proterra electric vehicles into their transit system. Though not a national park, Park City is a global destination for outdoor recreation, known for its famous powder skiing and year-round natural beauty.  The mountains and the pristine environment are Park City’s most valuable resources, and eliminating pollution while encouraging transit helps preserve what is special about this spectacular region of Utah.  The community is also taking a lead in the fight against climate change.  Park City is committed to 100% renewable energy, and electric buses fit perfectly into that strategy.  As a major winter sports destination, Park City’s future will largely be determined by our collective ability to reduce the negative impacts of climate change.

Places like Park City and our national parks are beloved not only by Americans, but by the millions of international visitors who are captivated by our country’s natural monuments every year. I am heartened that Proterra is joining many others in the movement to protect these amazing places, so they can continue to inspire, challenge and awe us for generations to come.

Ryan Popple is president and CEO of Proterra and an avid outdoorsman.