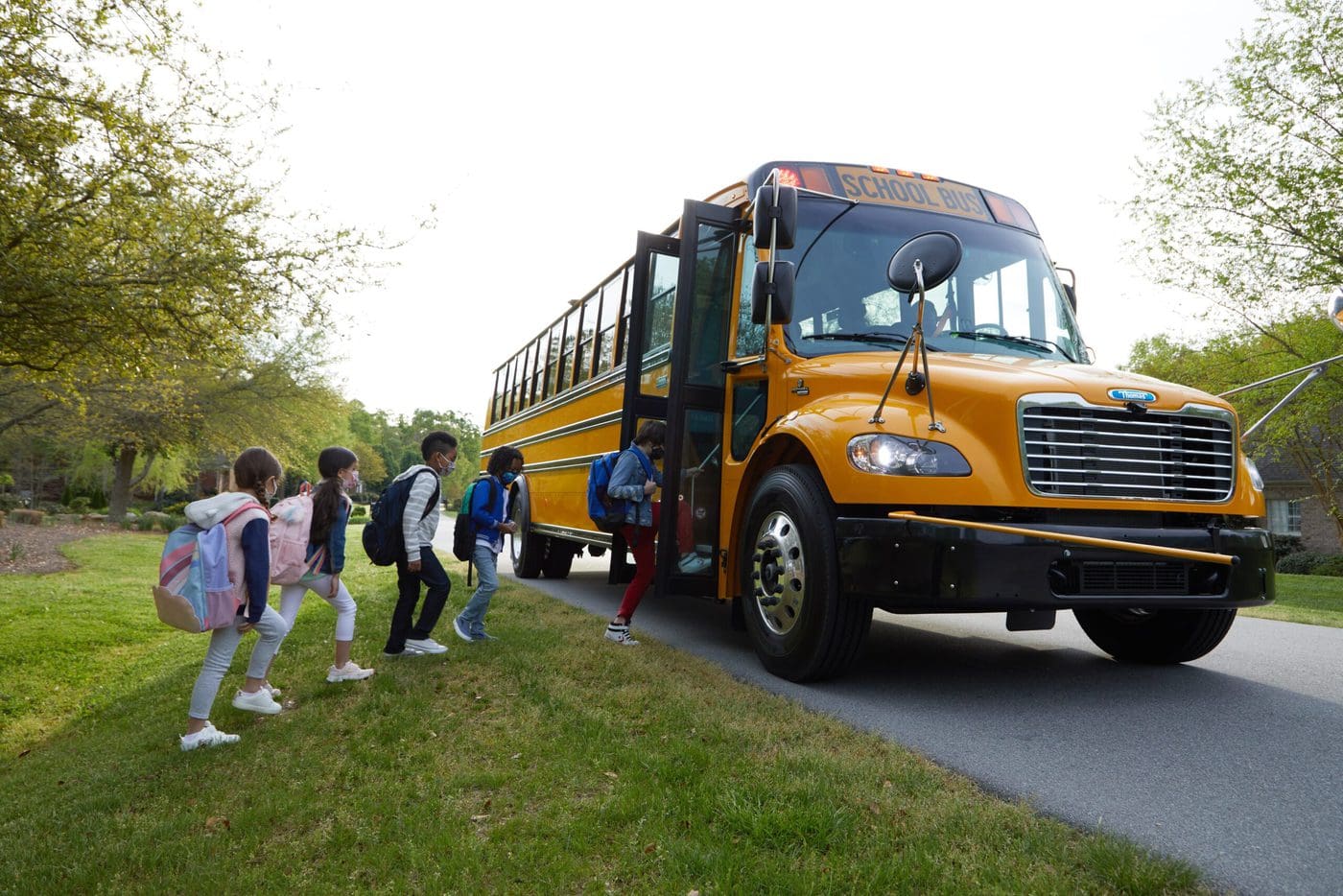 Since first being launched in Virginia in 2020, 15 local school districts have introduced a total of 50 electric school buses to school transportation fleets across the state. Electric school buses produce zero tailpipe emissions by running on battery power instead of fossil fuels like diesel.

By driving over 350,000 zero-emission miles with their electric school buses since being introduced in the state, the local school districts have prevented the emission of approximately 630,000 pounds of greenhouse gases when compared to diesel-fueled buses.

“Virginia is embracing Jouley and pioneering the transition to electric. We’re proud to partner with these localities to pave the way for a cleaner future for students and communities in Virginia,” said Caley Edgerly, President and CEO of Sonny Merryman.

“Switching to electric school buses means cleaner air for our kids to breathe and a healthier planet for them to enjoy. Communities in Virginia are leading the way and making zero-emission transportation a reality for our kids and future generations. Now, with historic support behind electrifying school buses, Proterra is delighted to help power this transition with our best-in-class battery technology,” said Chris Bailey, President of Proterra Powered and Energy.

In December 2019, Dominion Energy selected Thomas Built Buses as the sole provider of all 50 electric school buses allocated for the initial phase of their electric school bus program, which aims to support Virginia school districts as they transition their school bus fleets from diesel to electric while also increasing grid stability.

The first electric school buses in Virginia were delivered in November 2020 under phase one of Dominion Energy’s Electric School Bus Initiative.

Proterra is a leader in the design and manufacture of zero-emission electric transit vehicles and EV technology solutions for commercial applications. With industry-leading durability and energy efficiency based on rigorous U.S. independent testing, Proterra products are proudly designed, engineered, and manufactured in America, with offices in Silicon Valley, South Carolina, and Los Angeles.

Founded in 1967 by the late Floyd W. “Sonny” Merryman, Jr. and his wife, Lou, Sonny Merryman has served as Virginia’s bus company for more than 55 years. What first began as a small bus and trailer sales business in Rustburg, Virginia, has grown into Virginia’s largest and most experienced bus company and one of the most successful dealers in the country. With four locations across the Commonwealth and nearly 200 employees, Sonny Merryman is dedicated to providing Virginia with quality transportation products and unmatched customer support.

*This figure is estimated based on the calculation of fleet mileage and online greenhouse gas emissions data provided by the Department of Energy’s Alternative Fuel Life-Cycle Environmental and Economic Transportation (AFLEET).

The featured image is used courtesy of Thomas Built Buses.