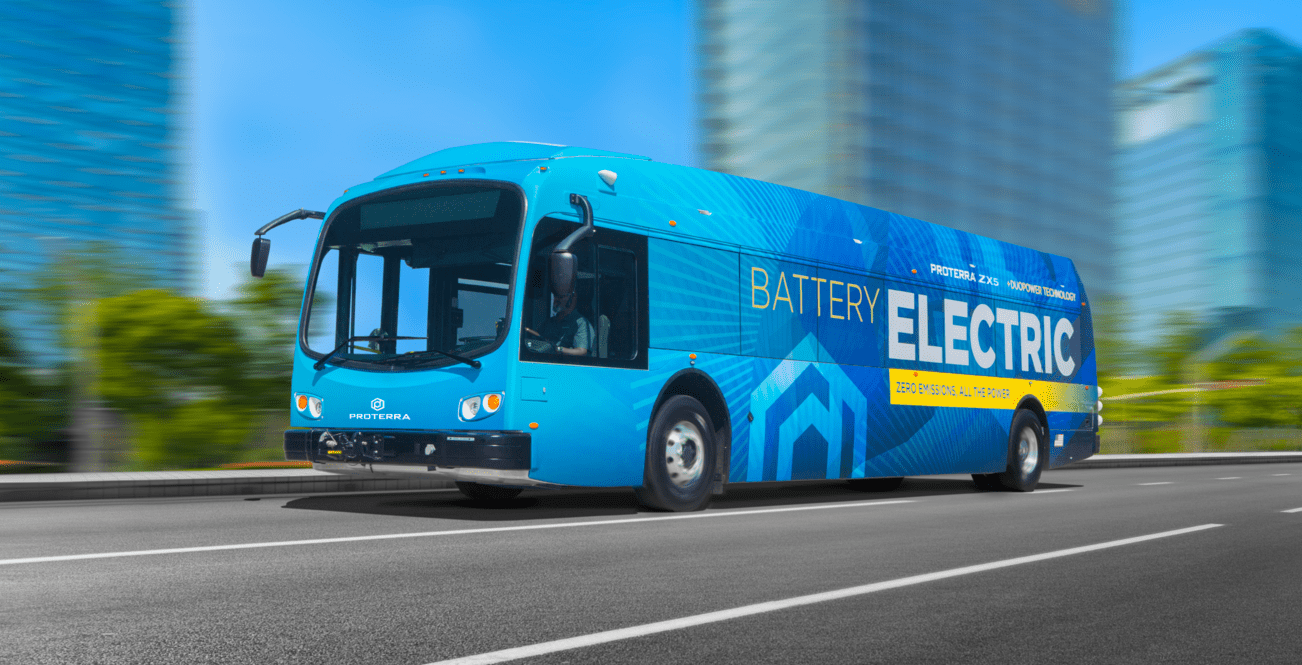 BURLINGAME, Calif. – Proterra Inc (NASDAQ: PTRA), a leading innovator in commercial vehicle electrification technology, today announced that BC Transit in British Columbia, Canada has approved a $20 million contract to purchase ten 40-foot Proterra ZX5 electric transit buses and one Proterra Energy megawatt-scale EV fleet charger as part of the agency’s transition to a fully electric bus fleet. The contract includes the option for BC Transit to acquire additional electric transit buses and EV chargers from Proterra as the agency seeks to replace 500 buses with electric vehicles over the next decade.

Proterra was selected by BC Transit through a competitive process for the electrification program, which included bids from other transit vehicle manufacturers. BC Transit’s initial ten Proterra ZX5 electric buses, which will be equipped with 675 kWh of onboard energy, are slated to be delivered in 2023.

“Proterra is incredibly proud to partner with BC Transit to bring our industry-leading electric transit buses and EV technology solutions to help drive British Columbia’s transition to zero-emission transportation. Through its embrace of innovative technology and historic commitment to electrification, BC Transit is establishing themselves as one of the public transit leaders in this space,” said Gareth Joyce, Proterra CEO.

“The contract award for the first ten electric buses is an important and significant milestone that sets BC Transit firmly on the path to replace existing diesel buses with electric ones. People are looking for ways to reduce emissions in their everyday lives, electric buses further solidify BC Transit as a proven solution,” said Erinn Pinkerton, President & CEO of BC Transit

“These first buses further demonstrate our organizational commitment to transitioning our fleet with electric systems. BC Transit is proud to continually show leadership and innovation when it comes to demonstrating our goals in sustainability,” said Aaron Lamb, Vice President, Asset Management and Chief Sustainability Officer of BC Transit.

With more than 850 electric transit vehicles on the road today, Proterra’s EV technology has been proven over 25 million service miles driven across North America. Proterra’s electric transit buses are equipped with the company’s industry-leading Proterra Powered battery technology systems that have been chosen by world-class commercial vehicle manufacturers to electrify heavy-duty vehicles and equipment.