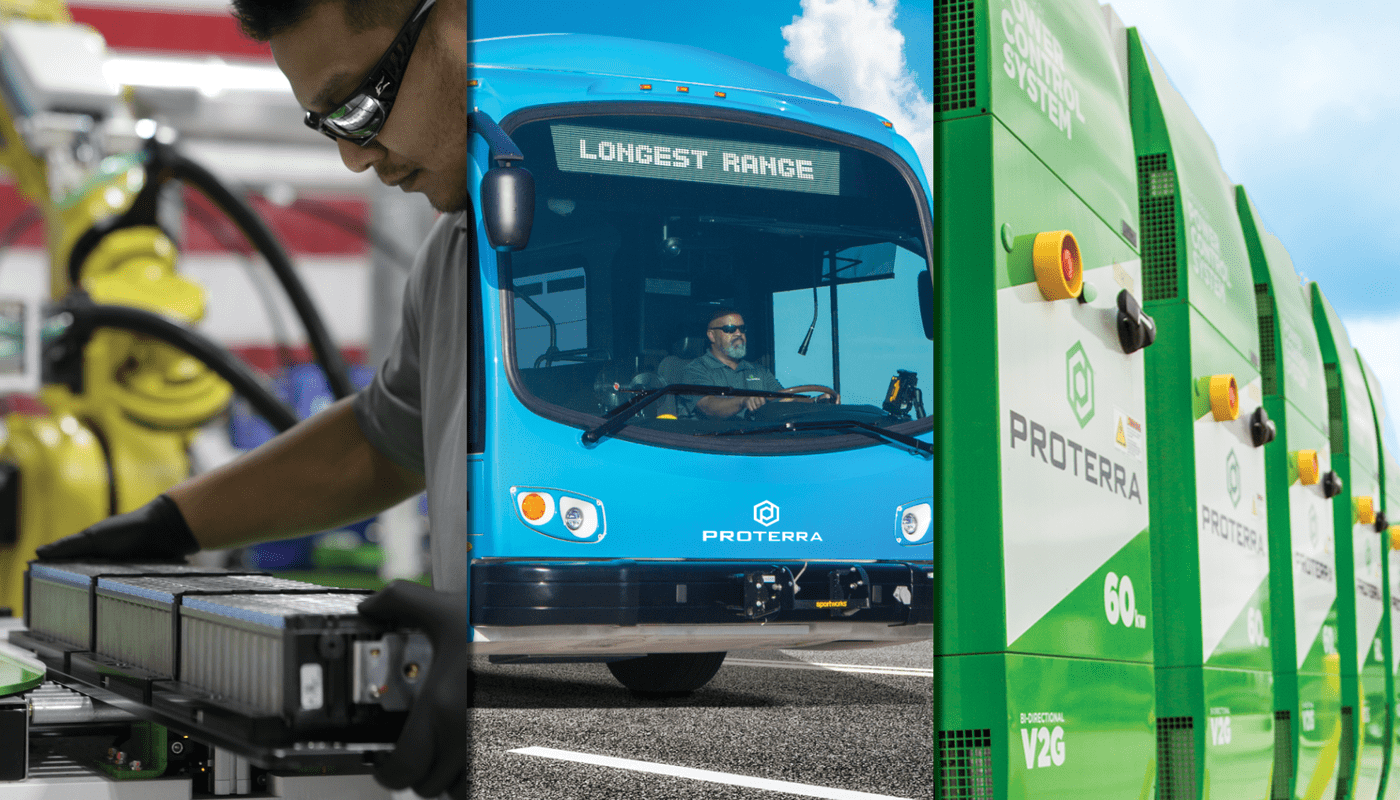 BURLINGAME, Calif. – Proterra Inc (“Proterra” or the “Company”), a leading innovator in commercial vehicle electrification technology, today announced that its shares of common stock and warrants will begin trading on the Nasdaq Global Select Market today under the new ticker symbols “PTRA” and “PTRAW,” respectively. This follows the completion of the Company’s previously announced business combination with ArcLight Clean Transition Corp. (Nasdaq: ACTCU, ACTC and ACTW) (“ArcLight”), a special purpose acquisition company, that resulted in Proterra becoming a publicly-listed company. ArcLight shareholders approved the combination at an extraordinary general meeting on June 11, 2021.

The Company has raised more than $640 million in cash from the business combination with ArcLight to fund growth initiatives, including R&D and its next-generation battery program. As a public company, Proterra is well-positioned to deliver on its mission to enable the electrification of commercial vehicles, helping to reduce pollution and protect public health while combating the global climate crisis.

“As demand for zero-emission solutions continues to grow around the globe, we are proud to be meeting our customers’ needs with our industry-leading EV technology,” said Proterra CEO Jack Allen. “Today’s milestone is a testament to the hard work of our team and the support of our valued customers, partners and investors. We are excited to build on the strong foundation we have created over the past decade and begin this new chapter as a publicly-traded EV technology leader. We remain focused on advancing our EV technology to power the world’s best performing commercial vehicles, and believe today is a major step forward in our ability to accelerate these initiatives.”

“We are pleased to have completed our business combination with Proterra,” said Jake Erhard, the former President and CEO of ArcLight, and a Director of Proterra. “As a leader in EV technology, Proterra has significant opportunities ahead for value creation, and we are excited about the Company’s prospects as it enters the next phase of growth.”

Proterra operates manufacturing facilities in California and South Carolina, as well as a state-of-the-art R&D lab in Silicon Valley. With more than 600 vehicles on the road today, the Company’s industry-leading battery systems have been proven through approximately 20 million service miles driven, and validated through partnerships with world-class commercial vehicle manufacturers to electrify delivery vehicles, construction equipment, school buses, coach buses, and more. To date, Proterra has produced and delivered more than 300 megawatt-hours of battery systems and installed 46 megawatts of charging systems. Its fleet of zero-emission, electric transit buses have displaced more than 100 million pounds of CO2 tailpipe emissions.

Proterra will be ringing the closing bell at Nasdaq on June 16 to celebrate the company’s public listing. A live stream of the event can be viewed by visiting Livestream.com.