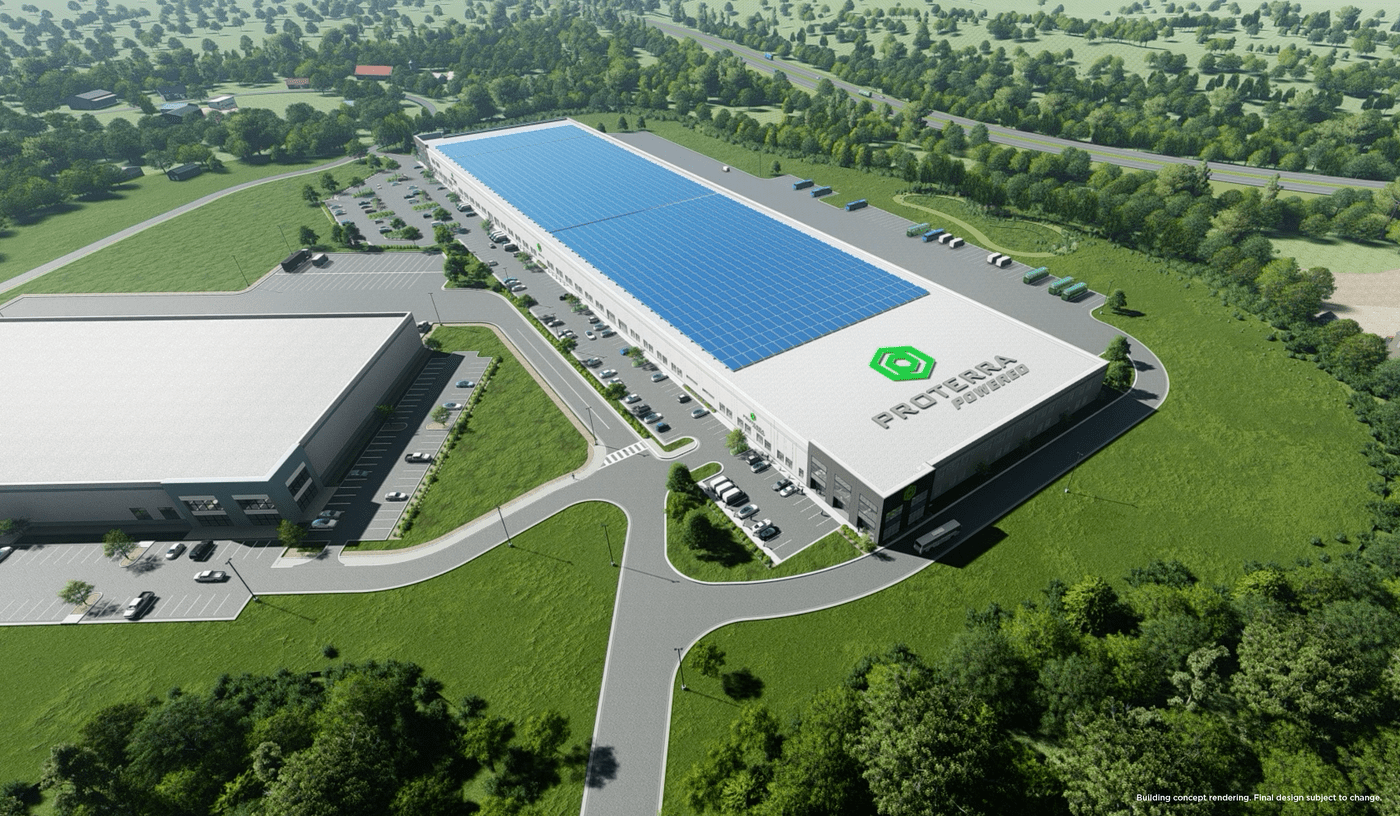 Proterra has committed to a minimum investment of at least $76 million, with additional investments planned over the next several years, and expects to create more than 200 new jobs over the next several years at the 327,000 square foot battery system production plant. The factory is expected to launch in the second half of 2022 with multiple gigawatt hours of annual production capacity for Proterra’s battery systems. By 2025, the factory is expected to support additional battery system production capacity, as well as the production of ancillary systems incorporated into electric medium- and heavy-duty electric vehicles and equipment.

Proterra’s new battery system manufacturing facility will be located at the 42.76-acre Carolina Commerce Center in Greer, South Carolina near Proterra’s electric bus manufacturing facility in Greenville, South Carolina and adjacent to the Greenville-Spartanburg International Airport. By opening the company’s first EV battery system factory on the East Coast of the United States, Proterra will bring battery production closer to its Proterra Powered customers and its own Proterra Transit electric bus manufacturing operations.

“Electric vehicle technology is an opportunity to create clean energy jobs, strengthen American manufacturing, and advance the U.S.’s climate leadership on a global scale. Through opening our new battery system production plant, Proterra is proud to help realize these important goals while driving the transition to clean, quiet transportation with our EV technology,” said Gareth Joyce, President of Proterra. “With our company’s history in South Carolina and the Upstate region, we are excited to build on our strong partnership with the state of South Carolina, Spartanburg County, and the City of Greer and bring EV battery system manufacturing to the region.”

“Today’s announcement by Proterra is further proof that South Carolina is leading the charge in the electric vehicle revolution. We applaud Proterra for the work they’re doing to create a more sustainable future for the transportation industry and look forward to their continued success in the Upstate,” said South Carolina Gov. Henry McMaster.

“It’s clear that South Carolina is focused on the future. We’ve worked hard for years to cultivate our reputation as a global leader in the automotive industry, and we will ensure our continued success with the speed we are gaining in the electric vehicle market. We congratulate Proterra on their new EV battery production facility in Spartanburg County,” said Secretary of Commerce Harry M. Lightsey III.

“Proterra expanding their South Carolina operations with a presence in Spartanburg furthers our county’s status as an automotive leader, a manufacturing leader and the Upstate’s status as a leader in electric vehicles,” said Spartanburg County Council Vice-Chairman and Chairman of the Economic Development Committee David Britt.

Proterra is a leader in the design and manufacture of zero-emission electric transit vehicles and EV technology solutions for commercial applications. With industry-leading durability and energy efficiency based on rigorous U.S. independent testing, Proterra products are proudly designed, engineered, and manufactured in America, with offices in Silicon Valley, South Carolina, and Los Angeles.

Proterra is a leader in the design and manufacture of zero-emission electric transit vehicles and EV technology solutions for commercial applications. With industry-leading durability and energy efficiency based on rigorous U.S. independent testing, Proterra products are proudly designed, engineered, and manufactured in America, with offices in Silicon Valley, South Carolina, and Los Angeles. For more information, please visit www.proterra.com.